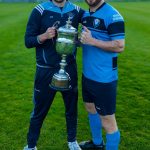 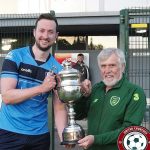 Tom Wrynne’s 70th minute goal was enough for VEC to once again see off the challenge of Tallaght Utd. with a 1-0 win in the Richard Knight Cup Final in Frank Cooke Park, thus recording a cup double win, following the previous week’s 1-0 win over the same opposition in the Challenge Cup.

Unfortunately, our second team were unable to emulate that cup win, losing 2-0 after conceding two late goals to a strong Coolock Village side in the MMI Cup Final in Home Farm on the same evening, despite a brave effort.