If you wish to clarify anything above or if you have any comments or questions, please contact VEC FC at sec@vecfc.ie or info@pickawinner.ie 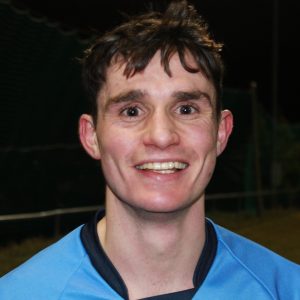 What a way to score your first goal for VEC FC!

Calum Gallagher put this cup match to bed when he scored VEC’s 3rd goal in the 106th minute as VEC FC progressed to the quarter-finals of the O’Neills.com Challenge Cup at the expense of Oldbury FC on a very chilly Friday night in Killinarden.

It wasn’t until the 75th minute that the home team took the lead from a very dubious penalty award. Immediately VEC re-jigged the team and put immense pressure on the Oldbury goal – and got their reward by scoring a dramatic equaliser through Rob Newe in the 93rd minute, thus bringing the game into extra time. 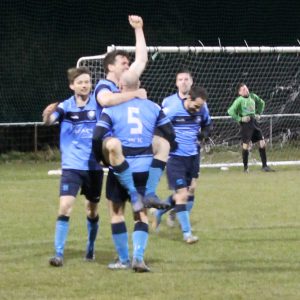 Then a first goal of the season from defender Neal Breslin gave VEC the lead in the 12th minute of extra time … before Calum’s strike to give VEC a deserved 3-1 win.

Pic. Bres runs to his best friend Petesy for a hug!