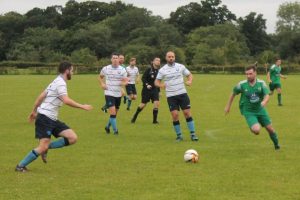 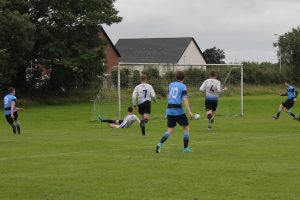 Joey Byrne stole in at the far post in the 48th minute to score the opening goal for VEC against Dunshaughlin in the quarter-final of the Challenge Cup on Saturday.

Unfortunately the lead didn’t last long as the home team equalised with a breakaway goal just 5 minutes later! Finishing at 1-1, the game went to extra time, but without any further goals. In the resulting penalty shoot-out, Dunshaughlin advanced to the semi-final on a 4-3 score. 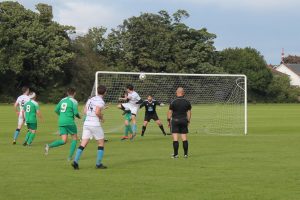 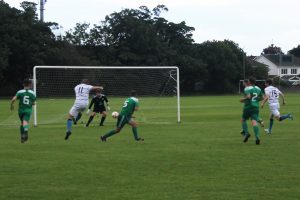 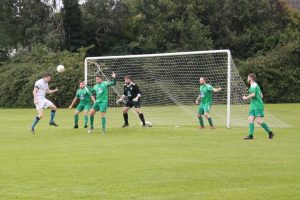 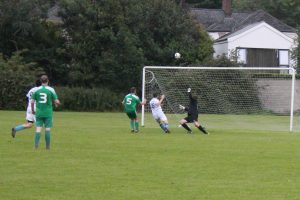 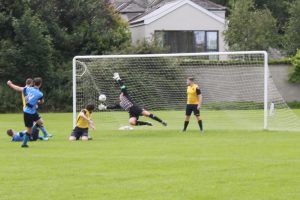 Jordan Howard may have ‘put the icing on the cake’ with this goal on the 90th minute, but it was Oisin Kinsella with two lovely goals in the 30th and 58th minutes who set VEC on their way to a well-deserved 3-0 win over Coolock Village in our first Premier Division match in over four months in Terenure … thus keeping the pressure on South William Street Celtic at the top of the table. 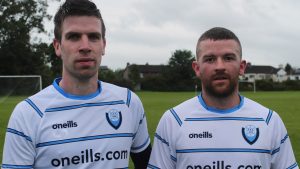 After being two goals behind after 40 minutes, two goals a-piece from Seamus Staunton and James McGauran secured an eventual 4-4 draw for VEC in the friendly against LSL side CYM Beechwood on Tuesday.

Another good workout in preparation for the return to league action at the weekend! 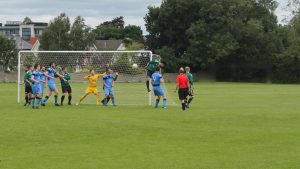 Oisin Kinsella (not in picture) scores VEC’s first goal direct from a corner kick, as VEC went on to beat St. James Gate in a friendly – and the first match back after 4 months – as part of our preparation for the return to league action next Saturday.