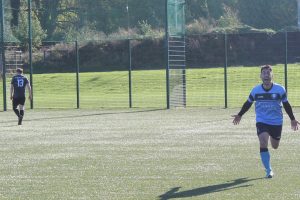 Some might have thought it was a cross from the right, but Jeff De Castro knew exactly what he was doing as he found the net with just five minutes remaining to give VEC FC all three points against St. Mary’s Boys in this Premier Division match which was switched to Marlay Park Astro.

Oisin Kinsella had opened the scoring in the 4th minute for VEC, only for the visitors to equalise eight minutes later and then take the lead 18 minutes into the 2nd half. Two minutes later and Jay Hester scored his first goal for VEC before Jeff’s strike to give VEC five wins out of five in the league. More pics. here.