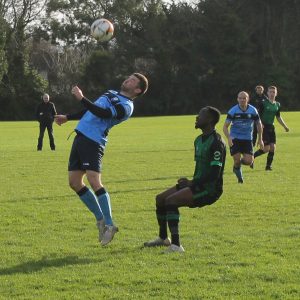 It took just one goal to decide this LFA Junior Cup 2nd Round tie. Unfortunately for VEC FC, it was the visitors Bangor Greenhills Greenpark FC who struck with the decisive goal from a free-kick just before half-time.

Meanwhile VEC FC 2nds were knocked out of the MMI Cup in the cruelest of ways, losing 3-5 in a penalty shoot-out to Dynamo Ridgewood FC, after the sides had finished 1-1 after 110 minutes. Garry Curran scored VEC’s goal.