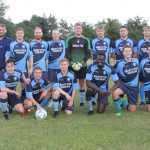 It was 1-1 after 15 minutes after Paddy Cook opened the scoring in the 10th minute only for the home team to level matters 5 minutes later.

Sandford St. Mary’s then went ahead in the 52nd minute, but Jamie Ryder’s sweetly struck shot from a great Conor Daly cross, made it 2-2 in the 70th minute and so it remained despite constant pressure from VEC until the finish. 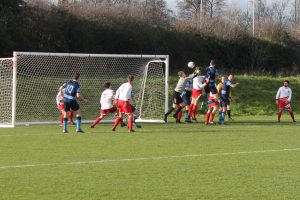 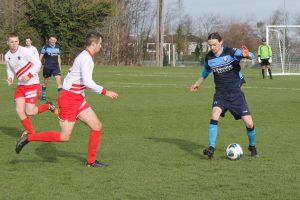 Conall O’Shaughnessy heads a fine goal from an Oisín Kinsella corner to put VEC 3-2 ahead in the 70th minute. Second pic. shows Oisín on an attack.