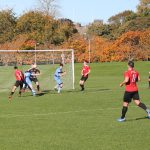 We thought that we had taken the lead in the 40th minute, only for the officials to bizarrely rule it offside. And then on the stroke of half-time, this effort from Pat Meghen was brilliantly saved by the home goalkeeper.

Malahide Utd. scored the only goal of the game in the 65th minute and then defended in numbers. Unfortunately, our failure to convert a number of chances throughout the game, was our downfall. 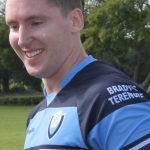 Only introduced late in the game, Brian O’Reilly scored the winning goal in the 90th minute to seal all 3 premier division points for VEC out in Malahide. Twice Atletico Malahide drew level precisely 20 minutes after VEC had scored – firstly in the 15th minute through Pat Meghen and secondly  in the 36th minute through Jim McGauran. But Brian’s late goal ensured victory for VEC on a 3-2 scoreline. 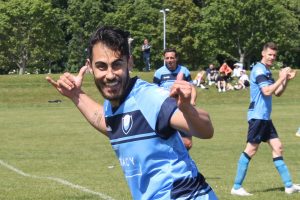 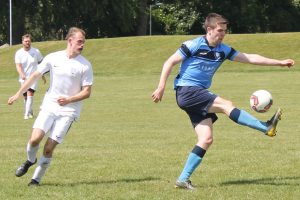